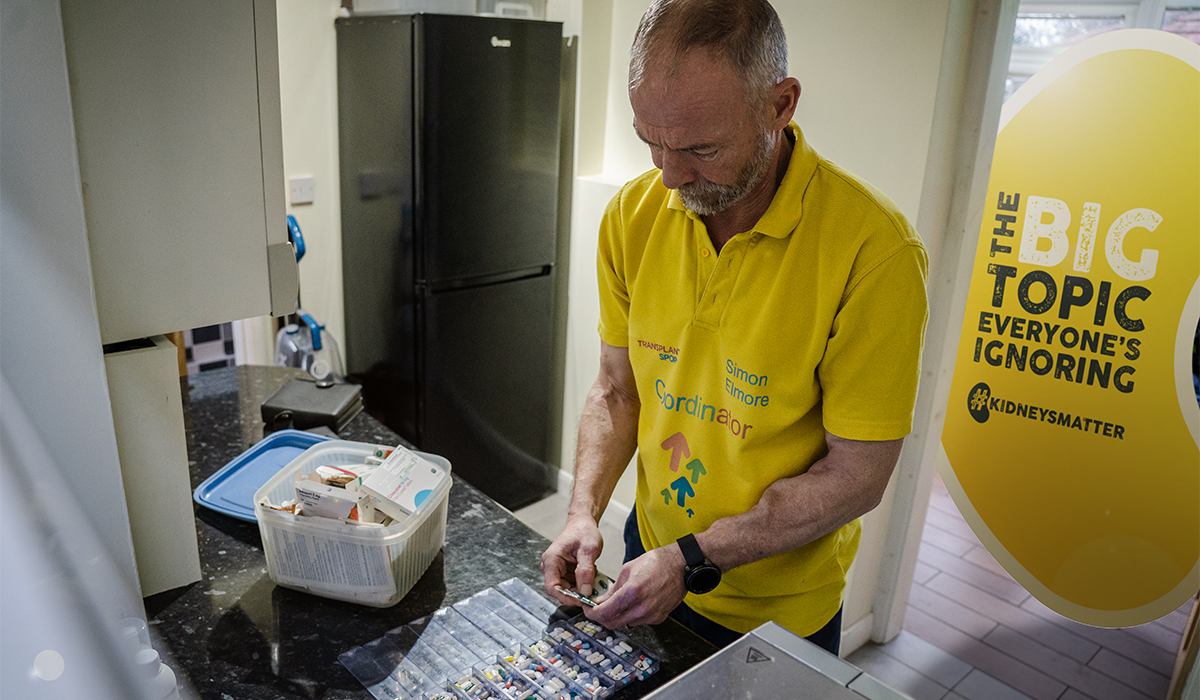 "People need to understand how debilitating kidney disease is."

Simon has experienced many years of ill health including sepsis, a stroke, heart surgery and a kidney transplant. Yet his mental health is where he's had some of his greatest struggles. Read his story below.

About 14 years ago, I had an awful migraine. I was in such severe pain that I went to my parent's house because I didn't want to be on my own. They called the paramedics and they found that my blood pressure was severely high. Morphine was the only thing that could touch the pain. I woke up to be told that my kidney function was at zero, my high blood pressure had wiped them out and that I'd have to go onto dialysis.

That was day one of my depression. For the next four years, I was in denial and couldn't accept the diagnosis. Instead of drinking just one litre of fluid a day, I'd try to play five matches of football a week, though I was exhausted and then I'd drink 14 pints of double vodka and red bull. I didn't care. My life was already over so what was the point?

I was with my now wife and she was amazing but I wouldn't let anyone in. I kept putting weight on. I hated going to have my dialysis treatment because I hate needles. I was still working while on dialysis as a salesman. I was working for 80 hours a week travelling all across the country. Then, when I was at home one day, I found that I suddenly couldn't speak. Luckily my wife recognised the symptoms as a stroke.

After I was released back home, doctors who had treated me for the stroke brought me back in and told me that I had a hole and a growth on my heart that they needed to remove. They were still dialysing me during my heart surgery and I died twice while on the table. The operation took 18 hours in total. Then, to top it all off, I found out I'd got sepsis in my forearm a few weeks later. Luckily, the best hand clinic in the UK is at the Royal Derby Hospital, where I was being treated, so they managed to save my hand.

This whole time, my wife stuck to my side and told me I wasn't going anywhere. When I finally came home, I was in a really bad place, but she said to me, "You shouldn't even be here, so you need to make the most of it and start doing something you love." 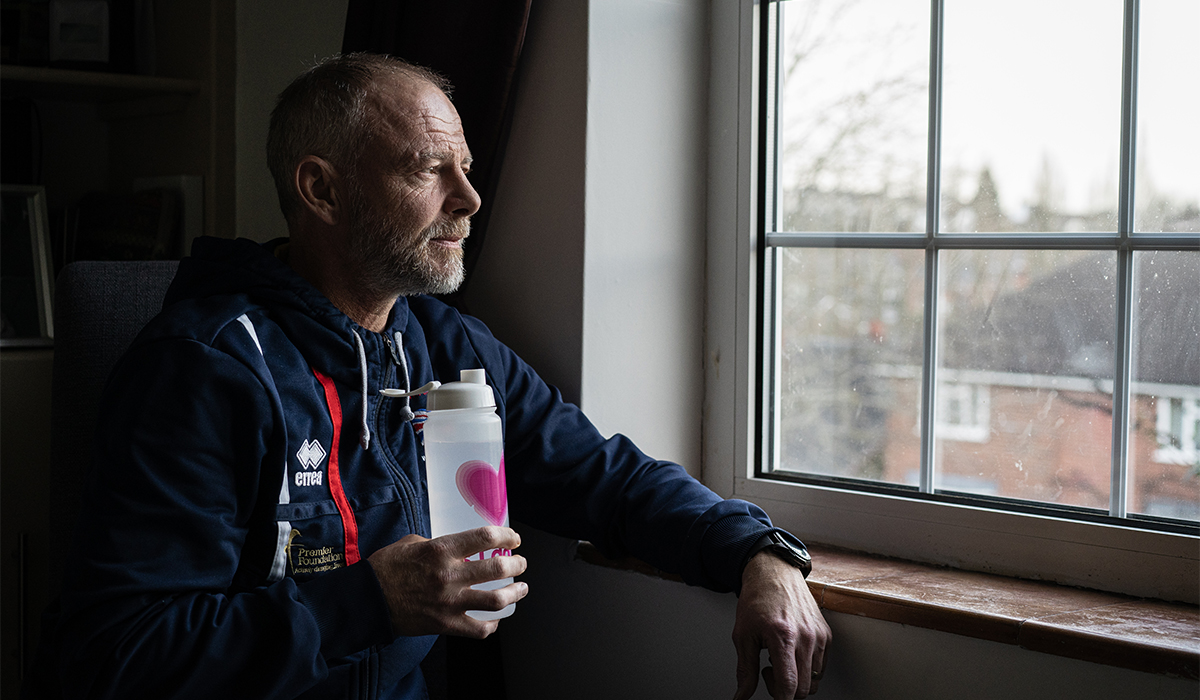 From then on, I started to approach life in a more positive way. I had rediscovered my love for sports and was in a really good place. Then, I got a call from the transplant unit in Nottingham to tell me that they'd got a kidney ready for me.

I'd already set the target of going to the World Transplant Games in seven months' time. Now, I knew that I had to go and win a gold medal to give to my donor family.

Thankfully, the transplant operation went well and although I had to stay in hospital for longer than expected, when I came out I was determined to make the most of it. I gradually recovered and, after winning four bronzes and a silver at the British Games, was selected to go to Argentina.

I won two gold medals. I wrote to the donor family and found out that they only lived ten miles up the road. I did a 100-mile walk for life and at the end of it managed to meet my donor's wife and daughter, which was incredible.

I'm currently working with a charity that supports kids who've had transplants to try and get them more active. Covid-19 has been so hard for them because they've missed out on so much and their families are afraid that they're going to die. Being a dialysis or transplant patient is such a unique experience, sometimes you see no light or know how you're going to get through it. But now I can use my experience to support these families.

A transplant isn't a cure, and the struggles people with kidney disease face are still very real. People don't realise how debilitating it is, not just physically, but in terms of your mental health as well. Plus, stress and poor mental health can have an impact on your kidneys because of the high blood pressure.

The hardest thing is to talk about how you feel and I never had a conversation about how I was feeling until after my stroke. The window of opportunity where kidney patients feel able to open up is small, so I'd always tell people and loved ones to take the time to listen. That way, you'll be able to help and make an impact, no matter how small that window is.