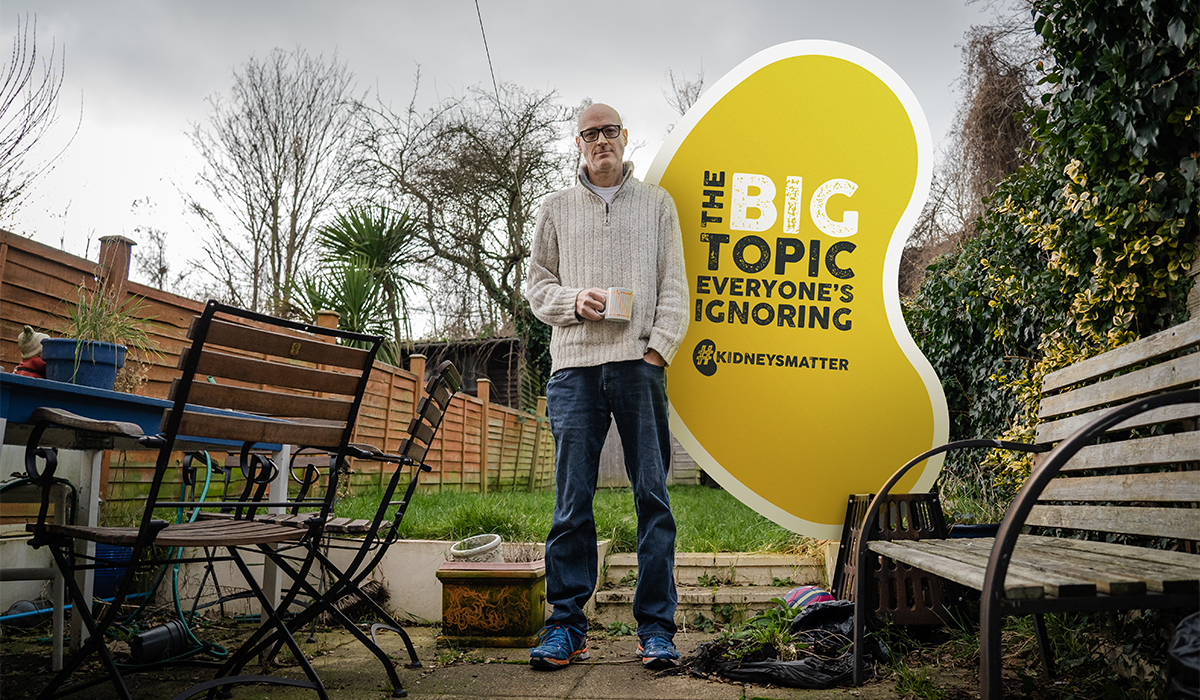 "When I'd lost everything else, my employer was still there to help."

After his chronic kidney disease diagnosis in 2006, Duncan started a long treatment journey that was challenging both for him and his loved ones. Thanks to the support of his employer, he was able to cope with the breakdown of his relationship and mental health. Read his story below.

Before I visited the GP, I'd been feeling unwell for a while. I had pain in my stomach and was tired a lot. My girlfriend at the time persuaded me to go to the doctor and they ran a standard blood test. They called me to discuss the results and that was the day I first discovered eGFR (estimated glomerular filtration rate), which is basically what percentage of your kidneys are functioning.

Generally, you lose about one or two percent of function a year. I'd lost 60% of my kidney function and was only in my mid-thirties. Although my mum had had PKD (polycystic kidney disease), she'd never experienced any negative impacts, so the diagnosis came as a shock. After I'd been through a rather uncomfortable procedure in the Urology department at Royal London Hospital, it turned out that the causes weren't genetic, but a result of damage to valves between my kidneys and bladder. In short, I've got dodgy plumbing.

When I was diagnosed, it was made clear to me that kidney function doesn't improve, it just declines over time. So I was very aware that kidney failure was the destination I was heading towards. Accepting this was a strange journey to go on. In some ways, it was positive as it enabled me to gain a focus on what I wanted to do. I started working for an organisation that trained people in the NHS. This was great as I felt like I was putting something back into the service I was increasingly connected to. 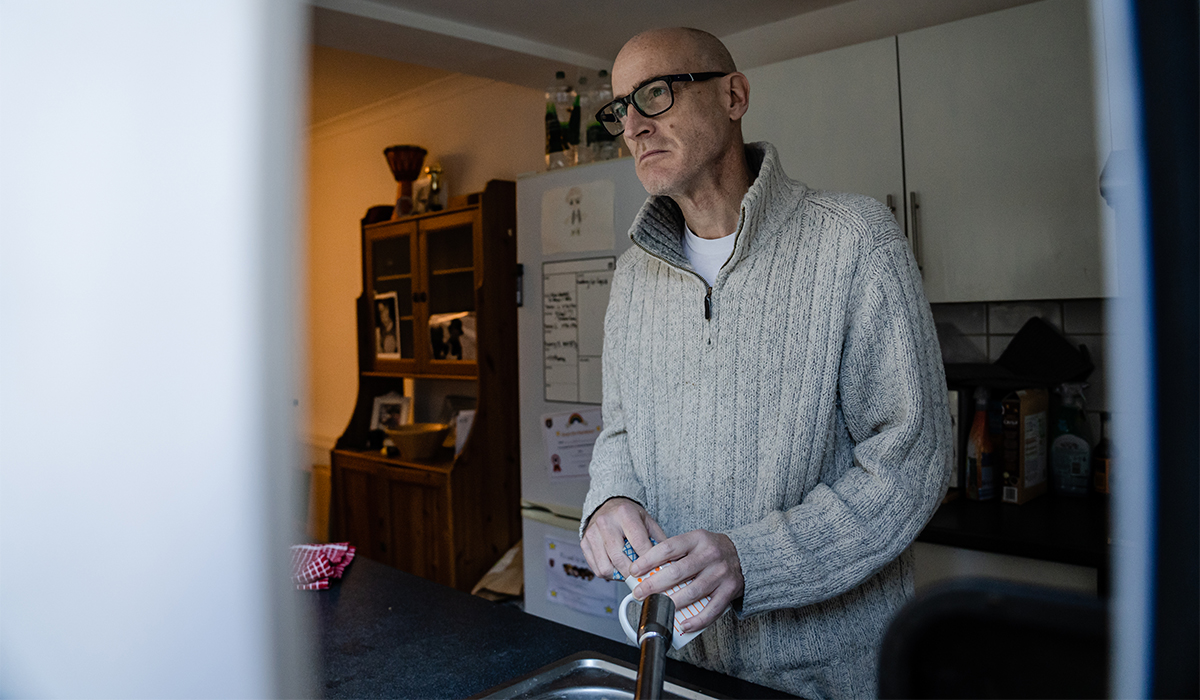 However, the news also put a significant strain on my relationship. My wife suffered from anxiety and found it very difficult to cope with the uncertainty of what a future with kidney disease would hold.

My kidney function was steadily declining and I'd reached around 20% function in 2016, when a friend put himself forward as a live donor. By this point I had two children and, after discussions with my doctors, decided that having an elective transplant was a much better option than waiting until I needed dialysis.

We were all set to go ahead in 2017. I'd managed to get a temporary contract at work and put everything in place ready for surgery. Then, another medical team reviewed my case and decided that my kidney function was too high to justify a transplant.

This was absolutely devastating and the straw that broke the camel's back in my marriage. Although I didn't have to take the time off that they expected, my employer was able to reassign me to another job. My donor then picked up some health issues of his own and had to withdraw from the programme.

At the end of 2019, I'd lost my wife, the chance of a kidney and hadn't worked for more than a year. I was in hospital for my 50th birthday and had entered a chronic depression. Then Covid-19 happened.

Mentally, kidney disease is challenging and draining, and the pandemic only added to that. It totally wiped out the transplant list, putting everything on hold. Being immunosuppressed was just one of those things prior to Covid-19. Now, it was a very challenging place to be. I was labelled as clinically vulnerable and had to isolate at the same time as going through a divorce, selling the house and having to say goodbye to the kids for half the time. I had to say goodbye to them completely for three months during the first wave.

However, despite the challenges and the fact that I hadn’t been in the office for more than three years, my employer kept me on. Their insurance policy had taken over my sick pay, which allowed me to take the time I needed to get help for my depression and refocus on what really mattered to me.

With the support of my employer, I was able to focus on my relationship with my children, with myself and realise what really mattered to me. I can't change my physical health, but I can focus on improving my mental health and how I feel about the world around me. I've reconnected with the passions of my youth and am focusing on putting a smile on people's faces and making the most of now. Without my employer’s help, I wouldn't have been able to do that.

Although I still worry about the future and what it will look like, that's then and I'll deal with it when it comes up. I have my kids for half the time and with a bit of luck, I'll have years in front of me, which is a miracle that I need to make the most of.